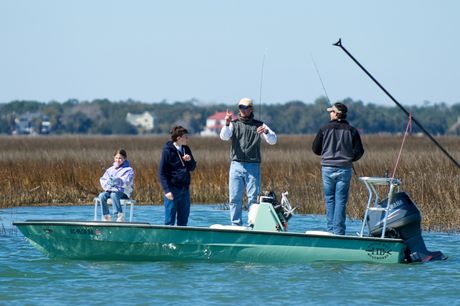 To help you get familiar with the language of inshore fishing, we have complied this glossary of terms. Capt. Legare Leland enjoys teaching his customers all about inshore and saltwater fishing. During his charters, Capt. Legare will take the opportunity to teach you what you need to know, as well as anything you want to know. Come along and learn all there is to know about inshore charter fishing in Charleston.